Major tax changes that affect both businesses and individuals were enacted in December 2017 effective for tax years beginning in 2018. The changes are all part of the Tax Cuts and Jobs Act (TCJA).

Even if you are comfortable using one of the tax preparation packages available (TurboTax or other), the far-reaching changes in the TCJA make a review by an experienced tax professional a prudent move on your part.

1. The tax rates on businesses have been reduced but whether an entrepreneur will see an overall advantage will depend on many factors.

2. If your business is a regular corporation (C corporation), the tax rate has been lowered from 35% to 21%. However, those corporations with profits under $50,000 will see a higher tax bill because their rate will increase from 15% to 21%.

3. The TCJA makes a big change to the way pass-through business income is taxed. This includes income earned by sole proprietorships, LLCs, partnerships, and S Corporations. Under the new law taxpayers with pass-through income will be able to deduct either the lesser of 20% of their pass-through income, officially referred to as “qualified business income” or 20% of tax return taxable income. Generally, this is income from a trade or business. Employee wages (including reasonable compensation from an S corporation and guaranteed payments from a partnership), capital gains, interest, dividend income, and other passive income are excluded.

4. There are phase-out income limits that apply to “professional services” business owners such as lawyers, doctors, and consultants known as specified service trade or businesses (SSTB) which are set at $157,500 for single filers and $315,000 for joint filers. The proposed regulations list more specifically which services would be subject to this limitation. Generally, it is any trade or business where the principal asset of such business is the skill or reputation of one or more of its employees or owners. I am sure this will be an area of litigation. There are also anti-abuse provisions like switching employees to contractors to obtain this deduction.

5. One key item for small businesses is the ability to deduct the cost of eligible depreciable equipment and certain improvements to nonresidential real property placed in service this year instead of depreciating it over many years. This is known as a Section 179 deduction. The limit has been increased to $1,000,000 under the TCJA and the unused portion may be carried forward. Typically this would apply to machinery, equipment, computers, appliances, and furniture. Special rules apply to passenger vehicles.

7. The law also tightened up on deductions for meals and entertainment. Business meals will still be deductible at 50% but there will be no deduction for activities considered to be entertainment or recreation or membership dues in clubs organized for business, pleasure, or other social purposes.

10. The new law allows a business, with an average annual gross receipt of $25 million or less in the prior three-year period, to use the cash basis of accounting and exempts them from other accounting rules related to inventories, cost capitalization, and long-term contracts. Taxpayers under this threshold should give careful consideration to switching, but if they are reporting financial information to third parties, they may be required to maintain the accrual basis of accounting.

11. Another key change for small businesses comes not from the TCJA but from a Supreme Court ruling (South Dakota v Wayfair, Inc.). This ruling will impact businesses that sell merchandise in states other than their home state and they have not been collecting sales tax from customers in those states. Due to this ruling earlier this year, the rules on who has to collect sales tax are changing. In the past, the seller needed some sort of physical presence or representational nexus to be required to collect sales tax in a state. This normally was an office, a warehouse, or employees. It now appears that in addition to that, all that is needed is economic nexus which generally means, “Whether a business availed itself of the state market”. Each business needs to consider whether and where it will soon have collection and remittance obligations in additional states. Many states are establishing thresholds to avoid undue burdens on small businesses. Each state will have its own threshold. New York is looking at $300,000 and 100 transactions. New Jersey established $100,000 or 200 transactions. It looks like most of the new rules will not be retroactive. Each business will need to keep in contact with its market states.

Since most entrepreneurs will report their business income on their individual tax returns, here are the major changes for individuals under the TCJA:

1. Standard Deduction is increased as follows:

Amounts are higher if you or your spouse is blind or over 65.

But personal exemptions are eliminated.

4. The limit on charitable contributions of cash has increased from 50% to 60% of a taxpayer’s adjusted gross income.

5. Deductions for miscellaneous job-related expenses such as union dues, uniforms, and other unreimbursed employee expenses are no longer deductible. Also, no longer deductible are investment management fees, safe deposit box fees, and tax preparation fees. However, you still may deduct gambling losses to the extent of gambling winnings.

6. The child tax credit is increased from $1000 to $2000. This applies to children under 17. A new dependent non-refundable credit of up to $500 is available for each qualifying dependent other than children.

8. You still must have health care coverage for 2018 or qualify for one of the exemptions. Otherwise, you will be subject to a shared responsibility penalty. That penalty is reduced to zero for 2019.

9. Casualty and theft losses are deductible only to the extent they are attributable to a federally declared disaster.

10. Moving expenses are no longer deductible unless you are a member of the Armed Forces on active duty.

11. Itemized deductions are no longer limited if the adjusted gross income is over a certain amount.

All of the above changes (other than those changes in the rules governing sales tax) are a result of the TCJA. However, due to the limitation on the deduction for state and local taxes (SALT), several states have made attempts to minimize the negative effect of that provision.

New York also created a Charitable Gifts Trust Fund to accept donations for purposes of improving health care and public education in New York State. By donating to this fund the taxpayer may claim a deduction on his or her NYS income tax return equaling the full donation. Local counties and school districts were also authorized to create charitable organizations where one could donate in exchange for credits to their property tax bill. However, the IRS has already issued a notice stating federal law controls the characterization of the payments regardless of the characterization under state law. The payment must have charitable intent and the donor doesn’t receive a substantial benefit. Therefore, the viability of this Fund is questionable.

The state has also created another vehicle known as the Employer Compensation Expense Program which involves the employer paying the state tax on behalf of the employee. It is uncertain if that vehicle will gain any traction with employers.

In addition to digesting all these changes, it is important for businesses to start gathering information now to make sure they have all the documentation necessary to prepare their tax returns as well as to complete their mandatory reporting on time. This includes the Form W-2 for your employees and the Form 1099 for any contractor you paid at least $600 during 2018. These returns are now due to both recipients and the IRS by Jan. 31. 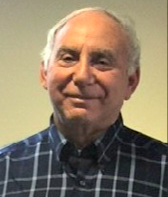