In its early days, franchising was almost completely unregulated with franchises often being sold based solely on an idea.  Celebrities would often attach their names to "startups" even though no actual pilot units existed.

In the late 1960's and early 1970's, the federal government, under the Federal Trade Commission, created laws designed to put franchising under strong constraints and regulations.  Franchisors were ultimately required to adhere to guidelines designed to protect the prospective franchisee by requiring financial and other disclosures.  In addition, several states imposed their own requirements for franchises to be sold within their borders.

What Businesses Can Be Franchised?

People often think fast food is the only type of businesses being franchised.  This is not the case as virtually any viable, duplicable business can become a franchise.  Examples are tax preparation businesses, hair salons, auto repair shops, etc.

Most people think of franchising today as being the domain of small businesses. However this is only part of the franchise landscape.  Some corporations and investor groups will buy "territories" or an "area franchise". In this case they will either operate several units in a given geographical location themselves or they may sub-franchise, selling units to individuals and sharing the royalties and supervision with the parent company.

The secret to success in choosing a franchise is matching one's interest and abilities to the right franchise, and as with any other major purchase, the proper and thorough vetting of the franchisor. There are franchise brokers who can assist in this process but they often have a select group of franchisors with whom they work and it makes sense to explore a full array of opportunities through various websites such as The International Franchise Association (www.franchise.com), Franchise Gator (www.franchisegator.com) etc.

Buying the right franchise can provide an individual, even those with little or no experience, a proven business model along with a detailed roadmap for success by following their system.

What Does It Cost?

In addition to any facility, equipment and standard business licensing costs, there are franchise costs to consider:

To finance the purchase of a franchise, there are several options, all requiring good credit standing and almost always some personal cash investment.  Banks are more likely to finance a portion of the purchase if the franchise itself has a good track record and the prospective franchisee has a detailed business plan. Banks that are SBA lenders will likely look more favorably on this type of financing. Certain franchisors offer some financing of their own, some especially favor veterans. Additionally, funds in a retirement account can sometimes be used without the usual withdrawal penalty. Of course, home equity loans are also an option. Whatever form of funding is used, it cannot be stated strongly enough that there is personal financial risk to the franchisee for the obvious loss if the business fails. Equally important to note are the personal guarantees which almost always come along with the franchise agreement and real estate leases. 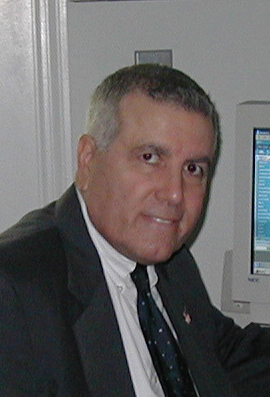 "Having grown up in the early days of franchising, I've seen firsthand how this industry has evolved. As a boy, my family owned the franchise rights in Florida for one of the largest fast food companies at the time, a company founded by my late uncle who also happened to be the founding president of the International Franchise Association.  After graduating from college, I worked...

Valuing a Franchise for Resale

The four most common methods for determining your franchise value for a resale. Read more